Parsha sheet: Terumah – The Power of the Benevolent Heart 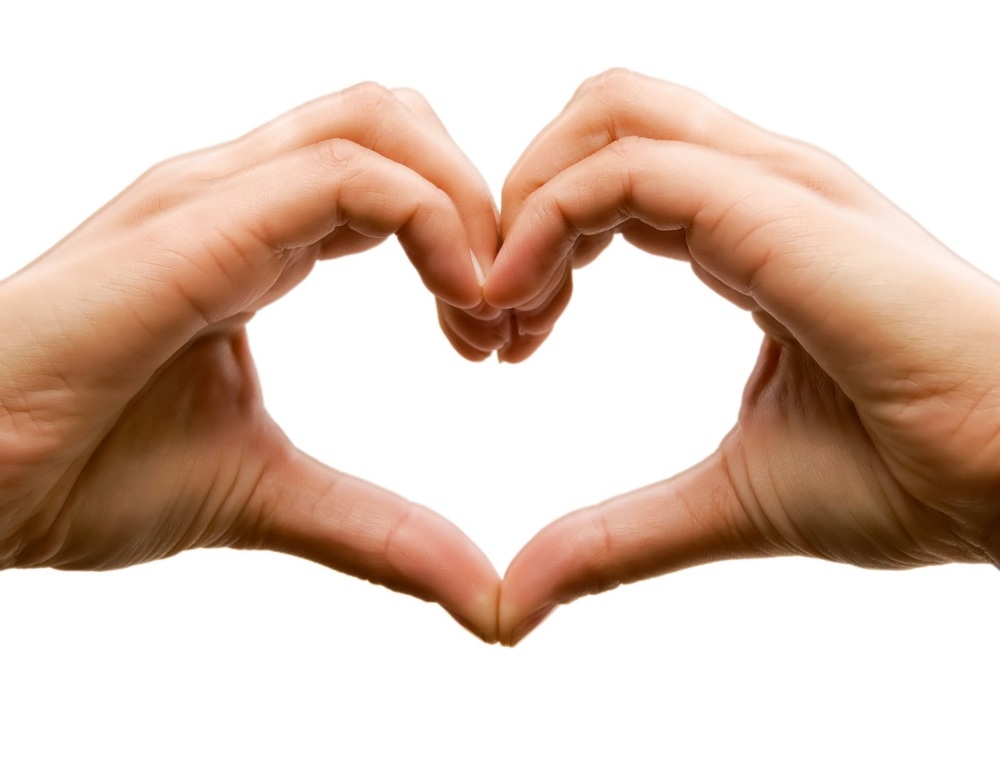 Why leave it up to us?

In this week’s Parsha the Jewish people as a collective are commanded to construct the Mishkan. Hashem left it up to everyone’s own benevolence to donate whatever they want of the 13 items required for the Mishkan’s construction. Why was it done this way? Leaving it up to the people’s ‘good will’ runs the risk of the Mishkan never being built! Secondly, the Gemara kidushin says “greater is he who is commanded and does [as commanded] than someone who does something voluntarily”, why didn’t Hashem increase the merit of the Jewish people by giving them specific commands as to what to give for the Mishkan? We find this idea by Avraham Avinu. Hashem gave multiple detailed commands when leaving Charan and later when sacrificing Yitzchak to give him extra reward on every single detailed command (Rashi Bereishis 12:2). Why was this denied to the Jewish people?

What was obligatory was the ‘machatzis Hashekel’.  ‘Machatzis Hashekel’ was used for the ‘Adanim’ and every year afterwards to finance the Korbonos. The question is: It should be the other way around! Seemingly it would have made sense to make the donations of the materials needed for the construction of the Mishkan mandatory to insure that it gets built! Once it’s built, no one would want to see this institution fall out of function. It would be easy to raise the ‘Machatzis Hashekel’ as voluntary donations for an established running cause. Why is it that the building of the Mishkan is left up to benevolence whereas its maintenance is made obligatory?

The statement “greater is he is commanded and does then one who does it voluntarily” seems counterintuitive. There is no denying that there’s something special about a person who takes on added responsibilities that were not thrust upon him! What does this statement really mean? The Ramchal in “Daas Tevunos” explains that the one who has the command from Hashem has tremendous cosmic power in his action. Having the command from Hashem makes him Hashem’s agent and he is given the license to effect cosmic change with the action that he was commanded to do. The one who was not commanded does not have that type of power in his action. This is talking purely as far as the power of action done. “Greater is he who is commanded and does then he who does voluntarily” – we are talking about the power in the action, not the quality of the human being. It is no contradiction if we say that the one who does things voluntarily, out of the benevolence of heart, is a greater person because he did things voluntarily out of love for Hashem and His Torah, even though there’s less power in the actions he did. There is a duality here: The person versus the action. The action is more powerful if it was done by Divine command but the person is a greater person if he has accepted upon himself to do a good deed that he was not commanded to do. The Zohar says: “how do you know that the Shechina rests on a person? When you see a person enthusiastic and always running to do Hashem’s will -you know that the Shechinah is dwelling upon him”

Mishkan in of itself

The posuk (25:8) says “and they will make me a Mishkan and I will dwell in them”. The seforim have coined an inference that became a famous statement “it does not say I will dwell in it but rather I will dwell in them – in the hearts of the Jewish people”. The real Divine presence is in the people, and what makes a person worthy of being a resting place for the Shechina? His benevolence of heart, to want to run and serve Hashem, even if not commanded, or forced to do so. The Mishkan has a dual purpose: It is literally a dwelling of the Shechina in this world, and it is also the only place where we are licensed to do the sacrifices and Divine service. What facilitates the dwelling of the Shechina is actually the benevolence of heart! Hashem is called (Tehillim 73:26) “Tzur Levavi”- the Rock of my heart. Apropos, Rav Elazar Azkari, the famous ethicist and Kabbalist, author of the famous piyut “Yedid Nefesh” writes in a poem “In my heart I will build a Mishkan for the Divine Aura” (This poem inspired Rav Hutner’s famous song “Bilvavai Mishkan Evneh”).The Mishkan had to be built with benevolence of heart because that’s where the Shechina dwells, in our hearts!

After the Mishkan was built and is the one place where we are authorized to bring Korbonos and other actions of Divine service. The actions of Divine service are authorized, powerful, and cosmic changing, because of Hashem’s command. With this we could understand why the building of the Mishkan was done mostly by benevolence of heart (with the exception of the mandatory ‘Machatzis Hashekel’ for the ‘Adanim’) and forever after that the Korbonos and all acts of Divine service were financed by a mandatory tax of ‘Machatzis Hashekel’. What makes the power of the actions greater is the Divine command. However, what causes the Shechina to dwell in us in our benevolent hearts.

We always read parshas Terumah in the first week of the month of Adar. The chiddushei HaRim points out that the word ‘Adar’ can be read as “Adur” – I will dwell, alluding to a Midrash in this week’s Parsha. Hashem is likened to a King, the Torah is his only daughter, and the Jewish people a Prince from a faraway land. The King says to the prince-groom:  “This is my only daughter. I can’t live without her, but I cannot withhold your wife from you. Therefore, wherever you go, make me a place to live (V’Adur) with you”. So also, Hashem says: “I gave you my Torah, make me a little house that I will dwell (Adur) with you”. What is the Chiddushei HaRim trying to tell us? What does this have to do with the month of Adar? During the times of Mordechai and Esther we were in the Persian exile and seemingly far away from the Shechina that ‘dwells’ in the Beis HaMikdash in the land of Israel. The miracle of Purim demonstrated that the Shechina dwells with us wherever we are. Even though the ‘dwelling’ is only exhibited on the revealed level in the Beis HaMikdash, the real ‘dwelling’ is secretly in the hearts of the Jews wherever they are. As Chazal (megillah 29) say: “when the Jews went into Exile the Shechina went with them”. With the miracle of Purim, Hashem shows that he did not abandon us, ever! He is always ‘dwelling’ (Adur/Adar) amongst us!

We from our part showed that the Shechina is dwelling in us by voluntarily reaccepting the Torah. The Torah was initially forced on us at Har Sinai when Hashem “held the mountain over us like a barrel” (Shabbos 88). In the days of Purim we reaccepting the Torah voluntary out of love and voluntarily added the mitzvos of the reading of the Megillah as well as all the other halachos of Purim. We demonstrated that ‘benevolent of heart’ and that fire to run after Hashem. This love and benevolence demonstrates that the Shechina dwells within us.

With this we can understand the Chazal the Rambam brings at the end of Hilchos Megillah: “All the festivals will be annulled except for the festival of Purim and all the books of ‘Neviim and Kesuvim’ will be annulled with the exception of Megillas Esther”. Why is that? All the festivals are our ‘jobs’ that we were commanded to do. All the books of ‘Neviim and Kesuvim’ are there to encourage us to overcome the Yetzer HaRah and to do our ‘jobs’.  When the ‘job’ is over, because the mission has been accomplished, it’s over! If there are no more jobs left, we don’t need encouragement to do them! That’s why all mitzvos will eventually fall out of use. Not because the Torah changes but rather because the ‘jobs’ that the Mitzvos perform have all been accomplished! The holiday of Purim and Megillas Esther are not ‘jobs’! Since we took them on voluntarily, they are indicative of how the Shechina rests permanently within the Jewish people, no matter where they are. They will never be annulled because they’re not a ‘job to do’, but rather reflective of the reality of the bond between the Jewish people and Hashem. The ‘benevolence of heart’ that enables the Shechina to dwell within makes the reality of ‘Olam Haba’ where we enjoy the ‘Aura of the Shechina’, as reward for our mitzvos. This is why Purim exists in ‘Olam Haba’.

Break for the Heart

Elsewhere, the chiddushei HaRim points out that in the ‘four parshos’ of Shekalim, Zachor, Parah, and HaChodesh, there’s always a break. We never have all ‘Four Parshos’ in a row. Whenever parshas Terumah is read alone it is always the parsha of the break. What is the function of a break? The Chiddushei HaRim cites Rashi in the beginning of Vayikrah which says “the breaks between parshas was to give Moshe time to contemplate”. Contemplation is done with the heart. The posuk (yeshayahu 6:10) says: “…. and his heart will contemplate and he will return….” When we activate the heart we stoke the fire of love for a Hashem and it causes us to return to Him. It causes the Shechina to once again reside within us. We have a ‘semi break’ this week by not having the additional reading, and that is for the function of what parshas Terumah actually talks about – benevolence of heart. With this ‘break’ we have the opportunity to contemplate Hashem’s love for us, and to stoke up the fire of our love for Him. This is what happened in the days of Mordechai and Esther. 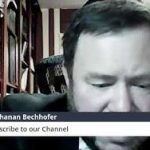 Chanukah Wars 2019 – Taking the HOUSE back

What Kabbalah is about and the centrality of Sefer HaZohar 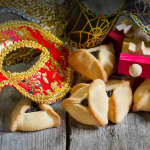 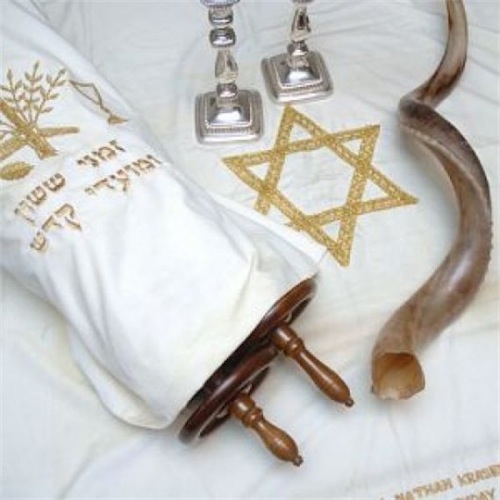 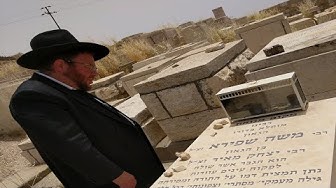 Teruma – Building the Mishkan of Heart and Mind 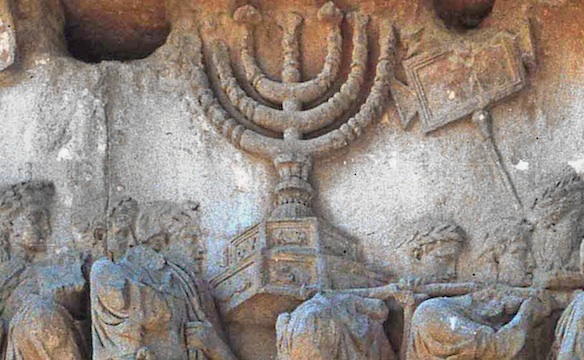 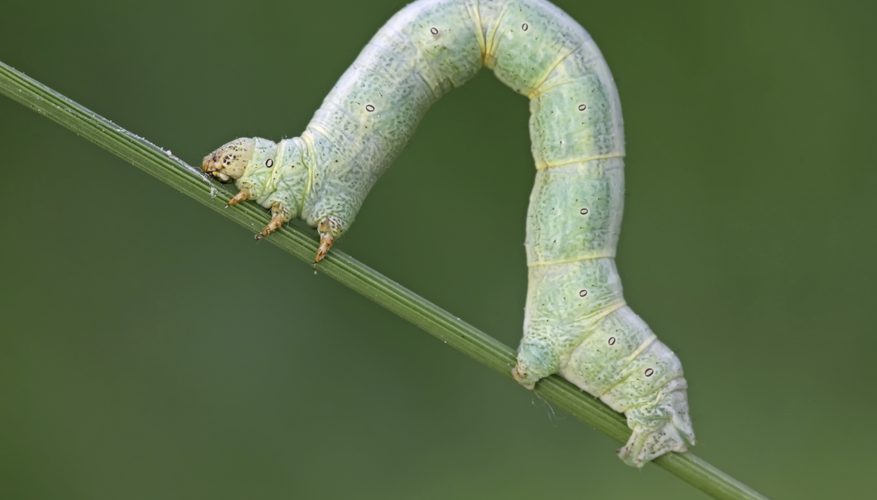