Machon Even Shesiya was established to produce quality Torah material from audio, video & written sources. We bring rare manuscripts of the Rishonim and Acharonim to publication as well as the Torah of Rabbi Bechhofer’s mentors, Maran HaGaon HaRav Yaakov Weinberg ZT”L Rosh Yeshivas Ner Yisroel and Maran HaGaon HaRav Moshe Shapira ZT”L, as well as the Torah of Rabbi Bechhofer. Machon Even Shesiya is proud to collaborate with Rabbi Zecharia Holzer*, Shlita, senior editor of Machon Al HaRishonim on a number of joint projects (see below). 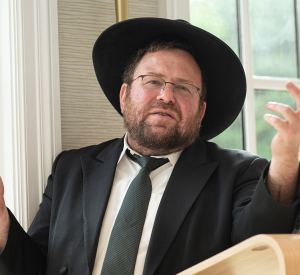 To date we have published the following: The “Yerach HaEitanim” volume of the Even Shesiya series on topics spanning from Elul through Simchas Torah. In the winter we published the “Machol HaSchulamis“, in memory of my mother, the legendary Morah Schulamith Bechhofer a’h on Bereishis, Chanukah and Asara B’Teves. After Purim, we published the “Ziv HaAviv” (Aura of Spring) on Pesach and the days of the Omer through Lag B’Omer; which included a never before published manuscript of a commentary on the Hagaddah by Rav Shemtov Ibn Shemtov; deciphered and prepared for publication by Rabbi Zecharia Holtzer, Shlita. For the second half of the Omer and Shavuos, we published the “Ner Hashem L’Adam” in memory of the 45 Kedoshim killed in Meiron on Lag B’Omer, this volume also included a never before published commentary from one of the early Rishonim on Akdamos, also deciphered and prepared for publication by our partner, Rabbi Zecharia Holtzer, Shlita.  At our 2021 annual dinner we released the “Meafela L’Orah” volume of the Even Shesiya series covering the three weeks, Tisha B’av, Shabbos Nachamu and Tu’Bav. 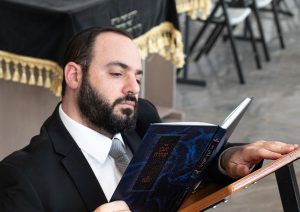 *Machon Al HaRishonim is dedicated to the publication and dissemination of the works of great Rishonim. Rabbi Holzer has been zoche to publish a plethora of Rishonim on various topics of interest, such as Tefila [Machzor Otzar HaRishonim HaShalem (peirushim of the Rishonim on the Machzor and the piyutim – both Ashkenaz and Sefard, for Rosh HaShana and Yom Kippur)], Torah (Rabbeinu Yitzchak b”r Yosef, Chaver HaRashba, al HaTorah), Haggadah Shel Pesach [Otzar HaRishonim al Haggada Shel Pesach], and many other subjects. All are carefully transcribed from anceint manuscripts and extensively annotated and elucidated. He has also written dozens of articles on various topics of Jewish history and interest. He has also transcribed, edited, and annotated numerous shiurim of HaGaon Rav Yosef Dov Soloveitchik zt”l. Many of his seforim are viewable on holzerseforim.com.

Future Even Shesiya projects we would like to produce are:

To publish the “Teshuas Olamim” of the Even Shesiya series on Shemos, Tu b’Shvat, the 4 Parshios and Purim; to translate into English the original Even Shesiya of the 13 Ikrim and adapt it for a wider audience; and also the “Shevus Yaakov” volume of the Even Shesiya series, which will be a collation of the teachings of Maran HaGaon Harav Yaakov Weinberg, zatzal on the Rambam’s Hilchos Teshuva. We will continue collating material from our mesorah on Guf and Neshama, as well as techniques contained in our mesorah for attaining emotional wellbeing and spiritual enlightenment.