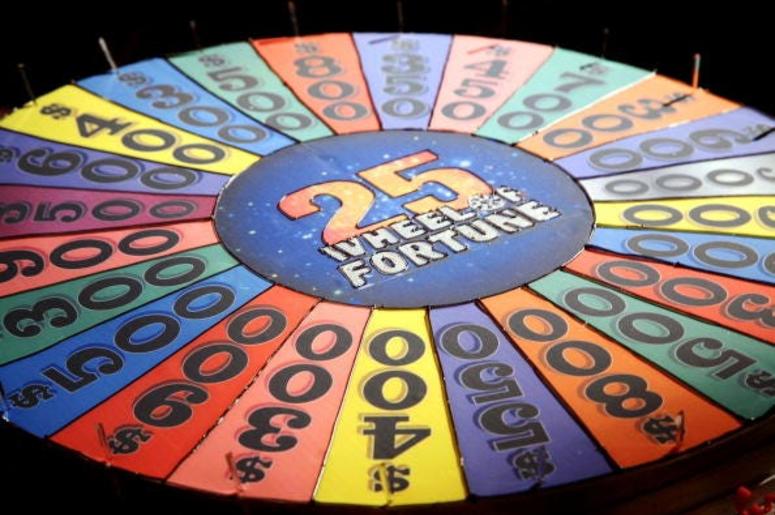 The Zohar uses parshas Mishpatim and its monetary laws as a vehicle for its main discourse about ‘gilgulim’—reincarnations. All the commentators struggle to find a common denominator between these extremely disparate concepts. What is the connection between monetary law and all our civil affairs and reincarnation?

In a non-leap year, Mishpatim and Shekalim are always read together, indicating that there is fundamental relationship between the monies of these two matters. Yet even a cursory perusal shows that their parameters are almost opposites. The ‘mishpatim’ are all about ‘winners & losers’ and giving and getting different amounts dependent on the particular case, while a significant theme of the half-shekel donation is that everyone, no matter how rich or poor, gives the same amount. How do we reconcile these two different outlooks on money and why are these messages combined on this Shabbos?

What was hard to understand?

The Pledge bigger than action?!?

Haman wanted to use the power of money to exterminate the Jews, offering 10,000 bars of silver to King Achashverosh for the ‘privilege.’ The Medrash says that Hashem responded: ‘Evildoer! You give what is mine (wealth) on mine (the Jewish people)!?…And what’s more: they offered their shekalim before yours…’ The Medrash concludes: “This refers to the rule that on the first of Adar an announcement (which we fulfil with parshas Shekalim this Shabbos mevorchim Adar) is made to prepare the half Shekel coins for the annual contribution to the Beis HaMikdash. Apparently, Klal Yisroel’s half-shekels serve to neutralize the power of Haman’s gift to Achashverosh. Yet, it is the early announcement alone about giving— (Mashmi’im – ‘making heard’)—that has this special power, not the actual giving, which can happen anytime before Rosh Chodesh Nissan.

The very existence of Torah civil law directly negates the superficial notion of separate realms of ‘church and state.’ It immediately annuls the misguided attitude that a Rabbi is only someone who hands out blessings or encouragement and advice. Involvement in monetary matters shows that the Torah was meant to encompass the entire arena of human affairs; all must be conducted according to the dictates of the Torah. There is no separation of the spiritual and mundane—even the simplest activities have the potential to be imbued with holiness if they are done in accordance with Hashem’s Will. All human affairs are of utmost ‘interest’ to Hashem. Monetary laws are a particularly appropriate realm for this lesson to be taught. The Torah gives a Divine dimension to compensation: It is the Will of Hashem that this person be held responsible and lose and the other person to be compensated and rewarded. Chazal tell us that Hashem looked into the Torah and created the world, they are not just referring simply to the creation of the entities. The words of Torah also provide for the direction of world affairs—and the movement of all influx (‘shefa’) in this world is directed by the adherence to the monetary laws of the Torah.

The Ramchal in his “Adir Bamarom” points out that this is hinted to in the account of Avraham’s purchase of the burial site for Sarah. The Torah recounts that Avraham bought it for 400 shekels ‘over l’socher’—literally, accepted by merchants. But the term ‘socher’ has a double connotation: it also comes from the Aramaic term for circle, intimating that money has a unique property that it travels from place to place and from person to person as Onkelos translates it: “accepted anywhere in the world”. Money actually is a superficial expression (‘levush chitzoni’) of words of Torah, as Shlomo HaMelech tells us in Mishlei: ‘(the business of) Torah is better than the business of silver.’ …The Torah itself directs human affairs, and the Torah circulates around the earth exerting its influence, like money, and it is the monetary law of the Torah that specifically influences and directs the flow of material wealth. The Pasuk says ‘biglal hadavar hazeh yevorechecha Hashem’ that because (biglal) of giving charity Hashem gives blessing. Chazal point out that the term ‘biglal’ (lit. because) is related etymologically to ‘galgal’ – wheel, it carries a deeper meaning: There’s a wheel of fortune, so to speak, that turns in the world, altering the financial situations of people. Perhaps the poor to whom you gave charity now will later get rich and will in turn reciprocate to you. Money does make the world go around, as the saying goes, but the twists and turns are according to the direction of the Torah.

In this context–the term ‘biglal’ meaning not only ‘because’ but also as ‘wheel’—it becomes clear why the Zohar uses our parsha to transmit its main discourse  of “Gilgul” – reincarnation which is from the root ‘galgal’ – ‘wheel’ or to ‘roll’. On the first Pasuk in the parsha, ‘These are the ‘mishpatim’ – civil laws, the Zohar comments: ‘these are the ‘mishpatim’ of “Gilgul”- reincarnation…’ On the simplest level, the Zohar is hinting to how Hashem repairs all monetary injustices. It is said in the name of the Baal Shem Tov: Reuven, for example, knows Shimon owes him $100 but doesn’t have the required witnesses to prove his case in Beis Din. Reuven, as a G-d fearing Jew, wonders why this injustice occurred, especially in Beis Din that carries out Torah law; what message is there in it for him? If, after he has checked himself and found no wrongdoing, he can assume that in a previous ‘gilgul’ (earlier life) he stole from Shimon (or Shimon’s previous gilgul) and this is simply balancing the accounts. Money that came to you improperly is being “rolled back” (Gilgul) to its proper owner. What happened in Beis Din—taking $100 from you—really reflects the greater truth of the situation. This is part of the larger framework of reincarnation, whose job is to correct all previous iniquity. This is the common denominator that ‘gilgul’ has with the Torah’s monetary laws. Both function as a kind of ‘wheel’ through which resources reach their ultimate destination. This can take many generations—gilgulim. Beis Din may need to keep ruling until these resources arrive at their terminus. While other realms of inter-personal relationships may be ‘one-time’ affairs, money matters are a continuously fluctuating dynamic. This is the depth of Chazal’s declaration “any (Jewish) judge who judges with total honesty becomes a partner with G-d in creation”.

Moshe’s difficulty was this complex question: if money is power, so much so that it could even buy and produce mitzvos, why shouldn’t the rich man give more if he has more to give? However, on the other hand, how is it fair that a person with more money, a gift from Hashem, should be able to do more mitzvos than the poor person who Hashem didn’t endow with these resources and opportunities?

The answer to this question lays in a great principal: Even though all money looks the same, they are not all equal. A rich man may have a lot of money but none of it is truly his. He is just a ‘hub’ – the ‘wheel’ through which the money ‘rolls’ to reach where it is truly intended. We have mentioned in the past (See Rosh Hashana reader 5780 entry on second day of Rosh Hashana entitled “useful idiots”)  the idea of the Rambam in his introduction to the commentary on the Mishnah where he explains the idea of “all Hashem has in His world are the four Amos of halacha”. He explains that even though the world is a massive Geo-economic system, all that money that is circulating is just for the purpose of the few ‘crumbs’ that filter down to those who are learning Torah! A lot of money moves but it is not intended for those who move it but rather for a special final destination that Hashem has in mind. The laws that the Torah gave us of commerce and the other monetary laws of responsibilities for damages and responsibilities of watchmen and all other Halachos that would involve the “movement of money” are instruments for Hashem to move the money where He wants it.

That being the case, what money is really mine to give and to do Mitzvos? The “half-shekel”! The Beis Yaakov of Izhbitza explains that “half” means the point of free will. Prior to the halfway mark is no challenge and beyond the halfway mark is an insurmountable challenge. The exact halfway mark is where I have the free will to bend to one side or the other – that’s where I have my real choice for which I am rewarded or punished. The half-shekel represents that thin line of free will that is truly my choice and the “half shekel” is my only money to truly give or fail to give. All the other money below or above that “half line” is money that is moving through me, but not money that is mine or that I’m really giving. There’s the money that’s just too easy to giveaway and there’s the money that’s moving beyond my control. The “half shekel” is at the infinitesimally thin “half line” that is “my money”.

In this day and age, our “half-shekel” is hidden, camouflaged by all other money around it. For a poor person just giving the little bit that he could afford to give is his “half-shekel” whereas the billionaire who’s giving millions to Tzedakah may have never really given his “half-shekel”! Even though quantitatively he gave away so much he may have never crossed that “half- line” of challenge for which he really truly deserves reward.

Whittling down to the Spiritual Essence

The “half-shekel” that the Jews gave in the desert, and subsequently for all generations when the Mitzva applied, was the spiritual root of money – i.e. money whittled down to its spiritual essence. That’s the meaning of Hashem projecting an image of “a coin of fire” – to teach Moshe that the “Half Shekel” is a spiritual coin. The “half-shekel’ is zeroing in on the real money that is up to me to give or not give and as far as this real money goes – everyone is equal! All other money aside from the money on that thin “half line” is just passing through us, only that half-shekel coin is exactly at the half line that is truly ours to give, and at that point the rich and poor are equal.

The Power is in the message

Haman thinks money is power. Hashem says all money belongs to Him. The amount of money that Hashem truly gave us to accomplish with is on the thin “Half line”. Anything outside that thin line is just passing through us to its real destination. The only way to overcome the perceived power of money is to be real with the message that money itself is not “harness able power”, it’s only passing through us to its Divinely intended final destination. The amount of money that is truly ours to accomplish with is the same by the rich and poor – it’s on that thin “Half-line”. That’s why the victory over “Haman’s Money” is not in the actual giving of the “half-shekel” but in the lesson that the “half-shekel” teaches! “Half-shekel” is the only real money anybody has and anything below it or above it is just passing through to where Hashem ultimately wants it through the agency of the monetary law of the Torah. 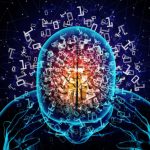 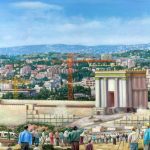 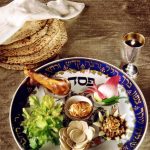 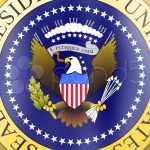 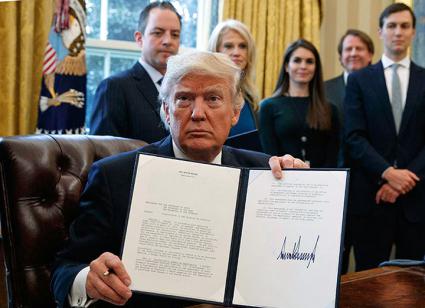 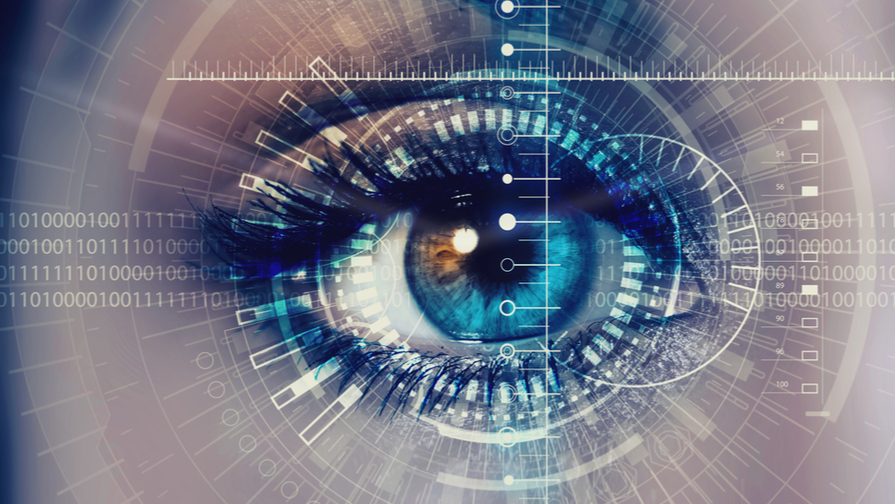 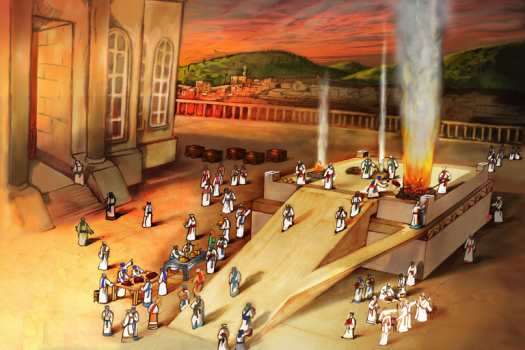 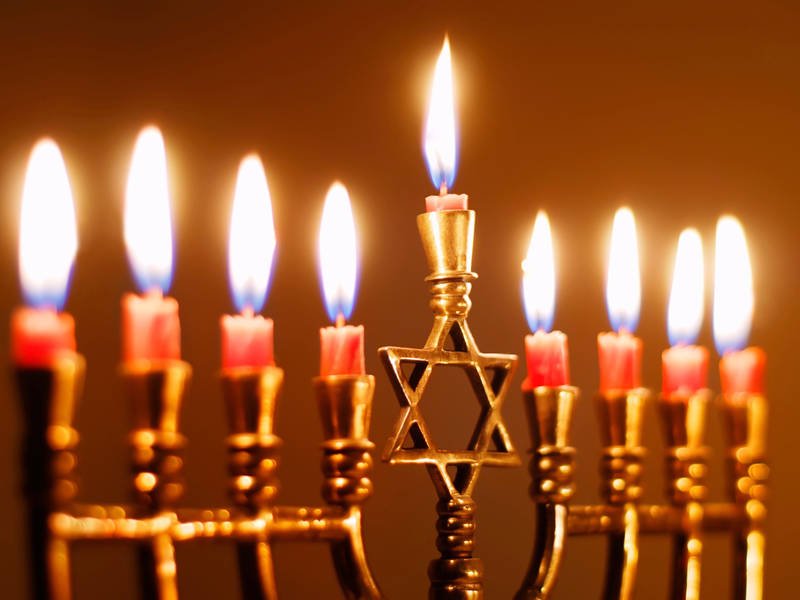